A Bus Departing from the Giant's Causeway

Images resulting from a trip to Giant's Causeway.
The Giant's Causeway is an area of about 40,000 interlocking basalt columns, the result of an ancient volcanic eruption. It is also known as Clochán an Aifir or Clochán na bhFomhórach in Irish and tha Giant's Causey in Ulster-Scots.
It is located in County Antrim on the northeast coast of Northern Ireland, about three miles (4.8 km) northeast of the town of Bushmills. It was declared a World Heritage Site by UNESCO in 1986, and a national nature reserve in 1987 by the Department of the Environment for Northern Ireland.
Much of the Giant's Causeway and Causeway Coast World Heritage Site is today owned and managed by the National Trust and it is one of the most popular tourist attractions in Northern Ireland. The remainder of the site is owned by the Crown Estate and a number of private landowners. 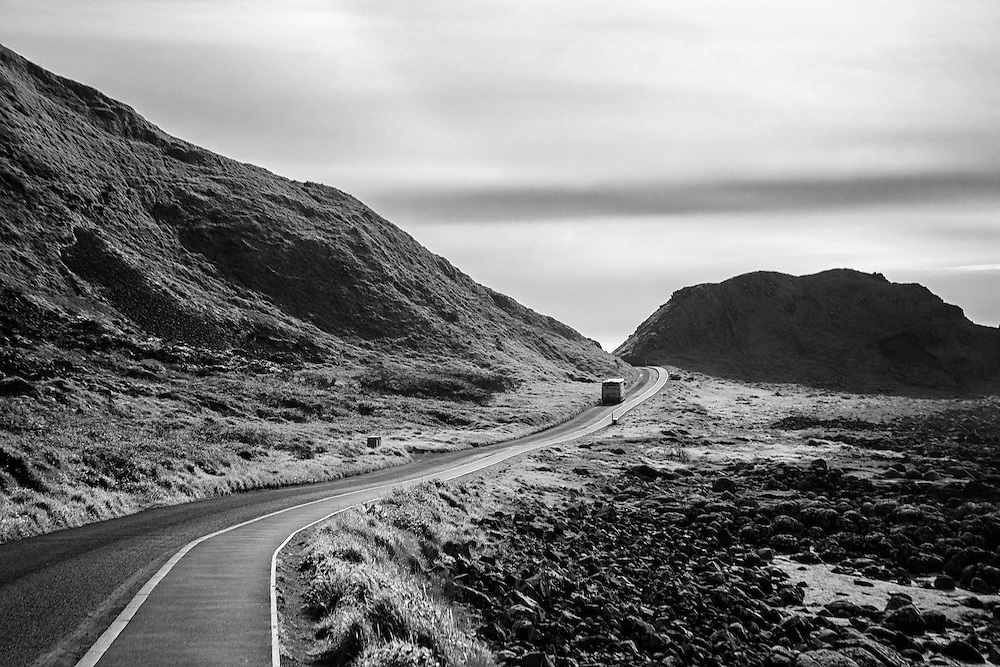