Zenga is the Japanese term for the practice and art of Zen Buddhist painting and calligraphy in the Japanese tea ceremony and also the martial arts.
As a noun, Zenga is a style of Japanese calligraphy and painting, done in ink. In many instances, both calligraphy and image will be in the same piece. The calligraphy denotes a poem, or saying, that teaches some element of the true path of Zen. The brush painting is characteristically simple, bold and abstract.
Though Zen Buddhism had arrived in Japan at the end of the 12th-century, Zenga (as here described) didn't come into its own until the beginning of the Edo period in 1600.
In keeping with individual paths to enlightenment, nearly any subject matter can lend (and has lent) itself to Zenga. Everything from a cat, to a bamboo shoot, to a man defecating in a field has been used to illustrate a particular point - although enso, sticks and Mt. Fuji are the most common elements. 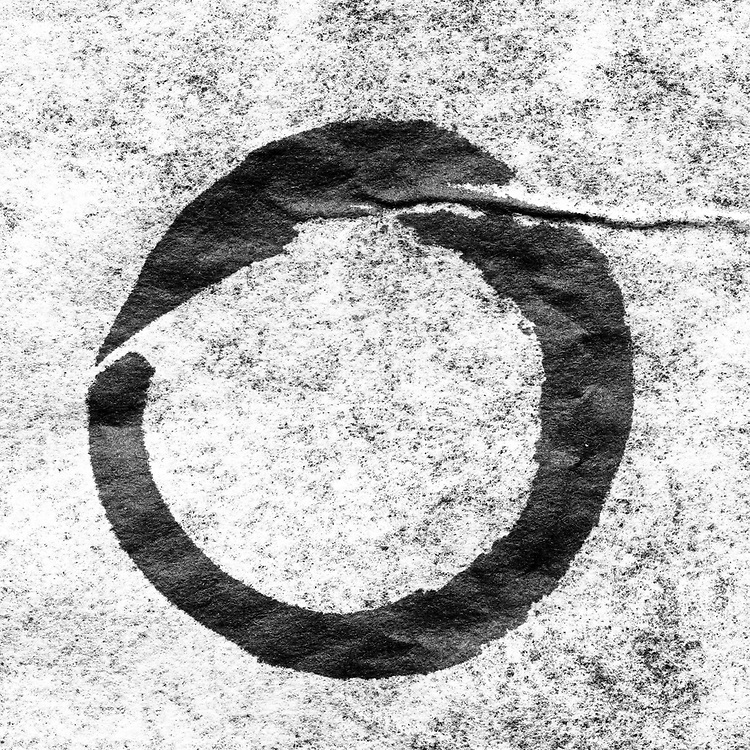